Where Am I Going 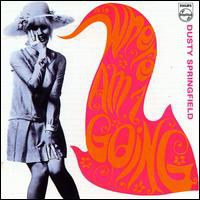 Digitally remastered 1998 reissue on Philips of her fourth solo album, originally released in 1967 & now with three bonus tracks: 'I've Got A Good Thing', 'Don't Forget About Me' and 'Time After Time'. 15 tracks total, also featuring Dusty's memorable cover of The Carpenters' Burt Bacharach- penned smash '(They Long To Be) Close To You'.