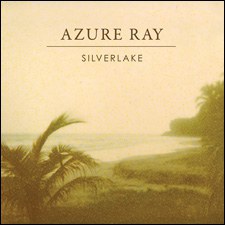 Silverlake presents a non-album track from the sessions that became 2010's Drawing Down the Moon, Orenda Fink and Maria Taylor's first recordings together as Azure Ray in years. The first round of recording was done with Mark Linkous (Sparklehorse) prior to him passing away.
The girls recall the session and time with Linkous fondly. "We were爒ery fortunate to record this song with Mark. It was the first time we爓orked together and the first song Azure Ray wrote after our six year爃iatus, so everything about the song is dear to us.
The two-song single includes "Silverlake" and "Silverlake (demo)." The demo version of the track was recorded with Linkous and Scott Minor in Knoxville, TN. "Silverlake" is a re-recording of that session, with some original tracks and some new, that the band did with Eric Bachmann at Echo Mountain Studios.