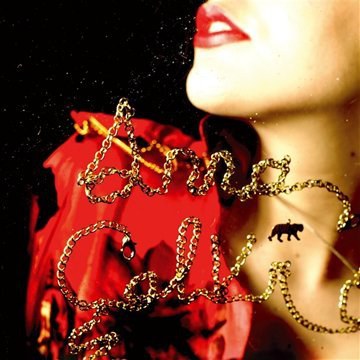 Co-produced by Rob Ellis and recorded in London and France, Anna Calvi’s debut is an astonishing distillation of her talents as a songwriter, singer and guitar player. Haunted by the timeless sounds of Nina Simone and Maria Callas, as well as the classical romanticism of Ravel and Debussy, and the rock innovations of Jimi Hendrix and Captain Beefheart, the record plays like a fever dream of Wong Kar Wei imagery, being both mysterious and decadent, nostalgic and forward looking.
As in life, the record is one of two halves. Suffused with darkness, yet still hopeful, obsessed by a certain kind of David Lynchian surrealism, but still grounded in the struggles of a life lived. It’s an album that sounds consumed in sensuality and eroticism, but which never feels explicit or obviously sexual. In Anna’s dream world nothing feels black and white, just as it should be.
Adopting an intimate backing band consisting of Mally Harpaz on guitar, harmonium and percussion, and Daniel Maiden-Wood on drums for her live shows, Anna has managed to encapsulate all the drama and emotion of a flamenco dance into her performances. The art of flamenco has consequently had a massive impact on Anna’s fierce, upfront stage persona, and the outfits she and her band choose to perform in, the visual element of Anna’s art being of such huge importance to her.
'Anna Calvi' is a remarkable album from a woman who has more than justified the support of such luminaries as Brian Eno and Nick Cave, which as well as feeling like a fully formed piece of art in it’s own right, also serves as an enthralling insight into what may lay ahead for Anna in the future.

Rider To The Sea
No More Words
Desire
Suzanne And I
First We Kiss
Devil, The
Blackout
I'll Be Your Man
Morning Light
Love Won't Be Leaving 展开