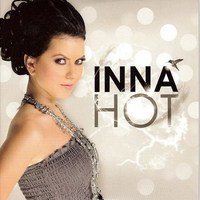 "Hot" is a song performed by female Romanian recording artist Inna. The song was written and produced by native dance music trio Play & Win. It acts as her debut single and first single released from her debut studio album of the same name, Hot. It was released on CD and digital format through numerous record labels and across various countries in Europe as well as the United States. Most countries in which the song was released, the Play & Win radio edit was used as the official single version. "Hot" was first sent to radio stations in Poland, Russia, Bulgaria, Turkey and Hungary on December 23, 2008, after the November release in her home country. It is an up-tempo song with prominent electronic music and house music characteristics. The lyrics evoke a meaning of how strong of a connection one can have with one's lover.
The single has so far garnered success for Inna in Spain (where it was also certified Platinum), Ukraine and on the Billboard Hot Dance Airplay Chart in the United States where the single reached number one. It has also been a top ten hit in Belgium, Romania, Hungary, Czech Republic, Russia and The Netherlands.
"Hot" has been accompanied by two European club-themed official music video versions, the first being released on November 10, 2008. Inna has promoted the song at various gigs across Europe and also performed it on the 2009 Eska Music Awards, Legendario Ice Experience, Loop Live and at the Sopot Hit Festival in Poland.