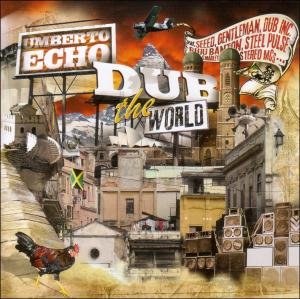 The album was mixed at top notch Studios in Berlin (Dorian Gray) Munich (Magus & Fool Studio) and New York (The Maids Room & Strange Weather Studio Brooklyn), resulting in a clear, wide sound on this journey through HiFi dub. The opener comes courtesy of the Original Germaican Gentleman with “Dem Gone”. The Riddim Twins Sly & Robbie, performing here with the Polish band Rastasize, are featured, as are the veterans from Steel Pulse in combination with Damian Marley. Another act from the Motherland is Oneness feat. Buju Banton & Naptali, with “Rise up!“. The UK answers with the Stereo MCs and Up, Bustle & Out from Bristol. The vibes from Katchafire (New Zealand) come from furthest afield, followed by the Australians The Red Eyes and Jiang Liang from China. Cultura Profetica represent Puerto Rico, Dub Inc. (F), Dub Spencer & Trance Hill (CH) and the Austrians from Dubblestandard (again with Lee “Scratch” Perry!) allow Umberto Echo to pump up their Eurodubs ,while German band Seeed are featured with one of their classic tracks.