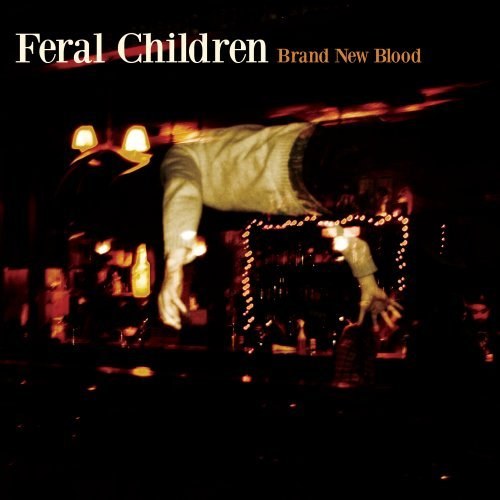 Like their last album, Brand New Blood contains music that evokes Feral Children’s home territory—sprawling, chilly, vast, strange, and, at times, violently stormy.
Comparisons have been made to another great Northwest concern, Modest Mouse, and that comparison is not without merit. But after listening to Brand New Blood, it’s obvious Feral Children share more in common with Modest Mouse philosophically than musically. The fact that they are from Maple Valley, WA, and not the big shitty of Seattle, has cemented their outsider status and shapes every lick of music they play. They also share that band’s mournfulness for nature—as natives of the Washington hills, these Feral Kiddies have watched Mother Earth raped time and again by greedy developers. They don't approve of excessive wealth and would likely have no idea what to do with the wads of cash this album stands to earn them. To some, their perspective may be askew—but they are proud of it and don’t feel like conforming to anyone’s standards. Why should they? They’re from the real Washington State, so fuck you.
Take a listen to the album’s centerpiece, the colossal “Conveyer”, in which the band’s wonderfully wonky perspective of society is on full display. “This world is like a video game controlled by lonely boys with attention deficit disorder,” sings Jeff Keenan in a huffy manner that suggests total exasperation with everyday life. The song eventually erupts into full-throttle Arcade Fire-like pounding with Keenan frothing and barking the lyrics: “The milk calls the coffee black/ and Mother Nature’s getting so fat!”
Scott Colburn produced this album, and his ability to push a band into the stratosphere is all over Brand New Blood. This sucker is all about atmosphere; specifically, the Pacific Northwest woods featured in Twin Peaks or Twilight. In fact, the band doesn’t sound like they are playing in a studio at all. The cold blankets of synthesizer (“Kid Origami”), the tooth-clattering percussion that sounds like the breaking of bones (“Castrato”), the volatile guitars (“Enchanted Parkway”)—this album feels as if it were recorded along the banks of the Green River Gorge at 3 a.m. in the middle of January.
The legion of hyphen-wielding indie rock critics will likely be compelled to draw parallels between Brand New Blood to Lonesome Crowded West. But that would be a lazy comparison based on little more than geography. A deeper listen will reveal that while there are philosophical similarities, Feral Children are on to a whole other trip musically, one that feeds off of isolation and loneliness, the ghosts of their working-class pasts and the awkwardness of trying to fit in to Seattle’s hyper self-aware music scene. Desolate as it may sound, though, it’s obvious they are happy to have each other for company. Fucked up individuals they may be, but they seem to understand each other and speak fluently through their music. Feral Children are proud to stand together as a pack: defiant, dysfunctional, and outsiders to the core.