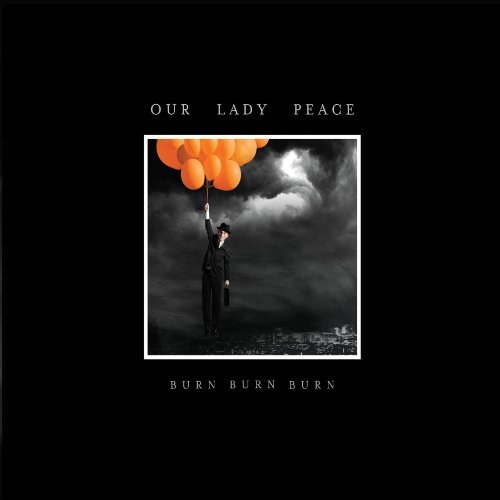 The seventh album from this Canadian rock band is their first since 2005. "Burn Burn" marks a return to the hard-driving rock songs they displayed on their breakthrough release "Naveed". Throughout their career, they've sold over five million albums worldwide, won four Juno Awards (Canadian Grammys), and won ten Much Music Video Awards. They've shared stages with Jimmy Page and Robert Plant, The Rolling Stones, Van Halen, Faith No More, The Ramones, Goo Goo Dolls, No Doubt, Stone Temple Pilots, Alanis Morissette, and Blur, among others. Deluxe edition features the complete album with two bonus tracks, and a DVD which includes studio footage of six tracks, the video for "All You Did Was Save My Life" directed by Scott Weintraub, and the video for "The Right Stuff" directed by Teqtonik.