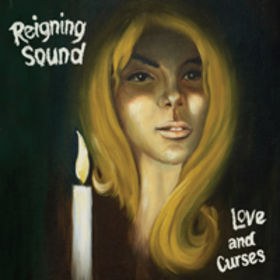 The Reigning Sound backed Shangri-La Mary Weiss on her critically acclaimed comeback album, Dangerous Game, which was produced and largely written by Cartwright. The band performed with Weiss on tour, including an appearance on Late Night with Conan O'Brien. Cartwright also produced, penned songs for, and played in The Detroit Cobras for a spell. All the while, the Reigning Sound toured the US on and off and released a couple of live albums, yet never managed to get into the studio to record. All the while, Cartwright stockpiled loads of new tunes. Finally, late last year, the band entered Ardent Studios in Memphis and laid down a bunch of songs. Some months later, they went into Echo Mountain Studios in North Carolina and recorded a bunch more. In the end, the band had more than enough for two albums, and carefully whittled it down to the cream of the musical crop.