All The Dread Magnificence Of Perversity 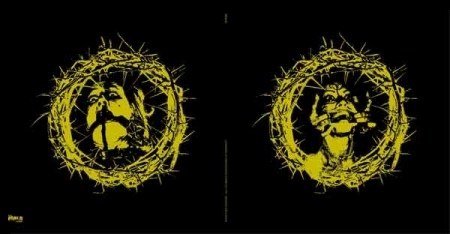 Genre:Black Metal / Noise / Experimental
Current line-up
Mories: All music and art (De Magia Veterum, Ophiuchus, Pompidou, Aderlating)
The experimental black metal moniker of Mories, the Netherland’s Gnaw Their Tongues (named after a verse in the bible) first started releasing work in 2006 with the full-length CD Spit at Me and Wreak Havoc on My Flesh a year after “formation.” As with most one-man black metal/noise projects/bands/outfits/etc., Gnaw Their Tongues’ output over the next two-plus years was prolific and extensive, including a large number of EPs, a few splits, and full-lengths.
After Spit at Me, a few of the aforementioned EPs followed before the 2007 release of full-length number two, Reeking Pained and Shuddering, which was quickly followed by two EPs and another full-length on Crucial Blast — An Epiphanic Vomiting of Blood — later that same year. 2008 would find Gnaw releasing two split albums (with Constructing Enochian Temples, Mary Magdalene, and Narcosa) and a pair of EPs (Devotion and For All Slaves…A Song of False Hope) but, more importantly, it would also see the release of a remastered and re-edited version of Spit at Me.

All The Dread Magnificence Of Perversity的曲目列表