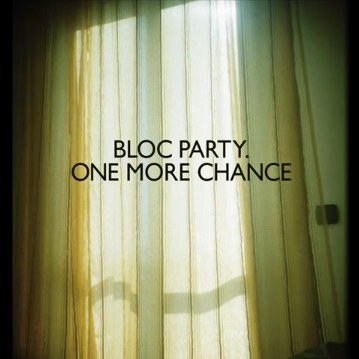 One More Chance is a 2009 single by British band Bloc Party. It is set to be released on 10 August 2009.[1] As of yet however there has been no official response regarding full details and tracklisting of the forthcoming releases.
The song received its first radio play on 18 June 2009 on Zane Lowe's BBC Radio 1 show.
The music video for the song was first released publically on the official MTV site.
Bloc Party 2009年新单曲!