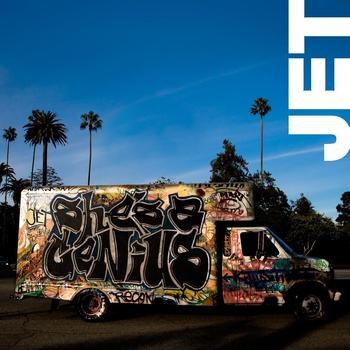 "She's a Genius" is a song by Australian rock band Jet, scheduled to be released as the lead single off the band's upcoming third album Shaka Rock. The song was played at a secret show in Melbourne in November 2008 and was announced as the first single along with the album title and album artwork in April 2009. The song will be made available for free download to US fans on 22 June 2009, at AOL Music for 24 hours.It was also played live as part of their set at the Melbourne and Sydney Sound Relief concerts for the victims of the Black Saturday bushfires in March 2009.Recently, it's available as a free playable track in the iPhone OS game Tap Tap Revenge 2.