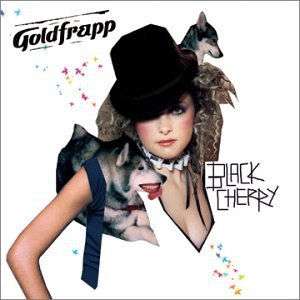 Black Cherry is the second studio album by English electronic music duo Goldfrapp, released in the United Kingdom on 28 April 2003 by Mute Records to generally positive reviews. Many critics complimented its blend of retro and modern electropop music, which was a departure from the ambient sound of their début album.