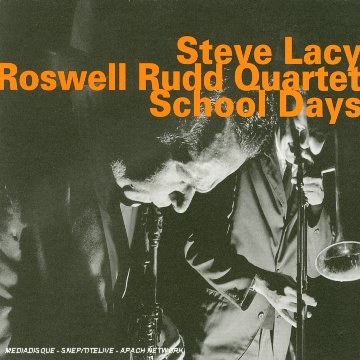 During 1961-1964, soprano saxophonist Steve Lacy and trombonist
Roswell Rudd
co-led an unusual quartet that exclusively played the music of
Thelonious Monk
. Amazingly enough, no record label was interested in recording the band (despite their high profile) and the eventual breakup led to the group being largely forgotten. In 1975, Emanem came out with this LP, which is comprised of a decently recorded, privately taped live performance from March 1963. Lacy and
Rudd
are joined by drummer
Dennis Charles
and (on five of the seven numbers) bassist
Henry Grimes
. Because
Grimes
showed up late that day, there are versions of "Bye-Ya" and "Pannonica" that were played without a bass but they still hold together. On such songs as "Brilliant Corners," "Monk's Dream," and "Skippy," the legendary group lives up to one's expectations and really digs into
Monk
's music.