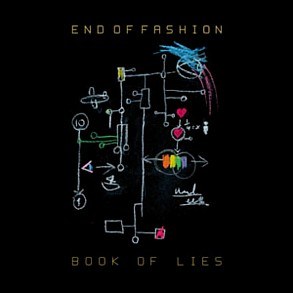 2008 sophomore album from the Australian outfit, recorded at home in Perth, with producer Magoo (Regurgitator, Midnight Oil, Powderfinger) and Andy Lawson (The Avenues), and finished off by Tim Palmer (U2, The Cure, Robert Plant), who mixed the album in Los Angeles. A new spirit and energy are reflected in the songs and while the Pop nous and melodic attentiveness the band displayed on their debut album makes a signature return, End Of Fashion have crafted an album that is more brutal and angular than the last. Virgin. 2008.