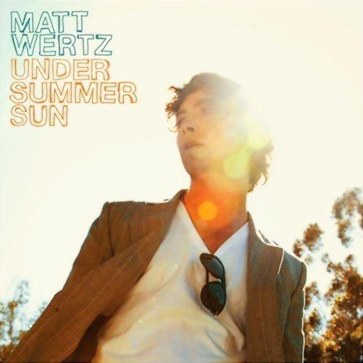 The 2008 album by Matt Wertz is Under Summer Sun and it is a combination of his favorite songs from his first few independent releases, like "5:19" and "Everything's Right," as well as four new songs. Among the new tracks are "Waiting," an introspective bedroom song that deals with the fear that he is "growing old but not quite growing up," and "Summer Sun," his best effort at a nostalgic summer love song, as he puts it 'in the vein of Stevie Wonder musically and Don Henley emotionally. And the rest of the songs will strike a chord with anyone who enjoys soulful, carefree, singer-songwriter pop music.' Enjoy!

Everything's Right
The Way I Feel
5:19
Red
Carolina
I Will Not Take My Love Away
Keep Faith
Marianne
Waiting
With You, Tonight
Wummer Sun
Back In June 展开