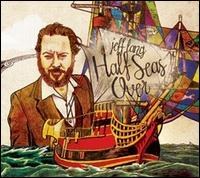 Australian based musician jeff lang has earned worldwide acclaim as a virtuosic guitarist, a dynamic songwriter and a startlingly unique live performer. Jeff has a back catalogue of 13 studio albums and has been featured at major festivals, pubs, clubs, arts centres and venues internationally for the past decade. Blending rock, roots, folk, blues, ballads, instrumentals, improvisation and a devastatingly high level of musicality, jeff lang is a singularly unique performer in our world. Jeff has been showered with many achievements and awards in his life, the most outstanding would be his six aria award nominations as well as his win in 2002. 2007 was an action packed year for jeff lang. Three albums licensed worldwide, two released in australia, too many local and overseas tours to count, aria nominations and the honour of being the artist in residence of the inaugural adelaide international arts festival.
http://www.wa3.cn/info.do?id=10043800&amp;&hid=singer