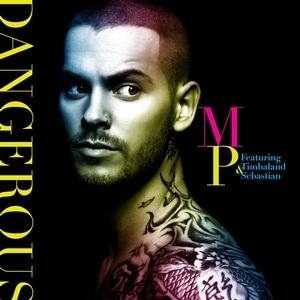 French CD pressing of the first single pulled from his 2008 album MP3. M Pokora is a French R&B singer who started in a boyband called Linkup but then went solo and has decided to go international and do most of his MP3 album in English. 'Dangerous' was produced by Timbaland. EMI.