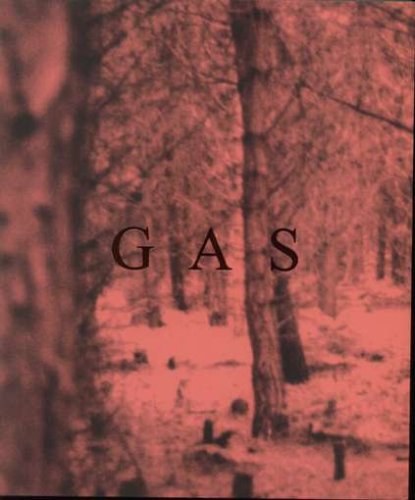 Softcover book/photographic art catalogue with exclusive audio compact disc included, 128 pages in full-color, shrink-wrapped together. For the first time ever, Wolfgang Voigt aka Gas presents the visual aspect of the comprehensive Gas project in print. It is not meant to be a monolithic retrospective of his visual work, but it features a broad spectrum of photographic images taken between 1995 and 1998, showing many different moods and perspectives of Wolfgang Voigt's cosmos. What they all have in common is the mystical focus and seemingly, the blurring of boundaries between lightness and darkness, happiness and depression, kitsch and art, pixels and leaves. With the enclosed CD, Voigt has opened his treasure chest and presents some well-selected, rare jewels from the very early days (and nights). Four of the five tracks have never been released or played before. In the middle of the 1990s, Wolfgang Voigt, better known under a great many pseudonyms such as Mike Ink, Studio1 or Grungerman, and the driving force behind the rise of Cologne minimal techno, had reached a temporary peak in his career. Going back to the 1980s, Voigt began working under a self-realized concept he named "Blei." Taking in the most varied sound models, he began to extract elements from classical, polka, or brass music, and along with electronic pop music and German schlager sounds, formed a distinguished and unique pop music style that would fit in with the subculture at that time. In the early 1990s, influenced by techno, Voigt began to experiment with a timbal marching through strongly alienated, free-floating string loops. These elegiac tracks, their lack of beginning or end, their intoxicating, smooth, and partly amorphous structure sounded to him like evaporating gas and thus, Gas music was born. In his music, Wolfgang Voigt does not create a direct reference to the original sounds he alters; rather, he tries to reduce the material to its basic aesthetic structure by using different zoom, loop and alienation techniques in order to release it from its original meaning and context. His intention is to create a kind of aesthetic essence, a cave (detail/loop/repetition) where you can get thrillingly lost.