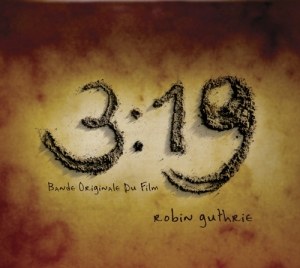 Limited edition of 2000 in digipak. 3:19 is the title of the original soundtrack recording by Robin Guthrie for the acclaimed Spanish film of the same name. This is the former Cocteau Twins Guitarist's first soundtrack. It features all the trademark Guthrie, ethereal soundscape you'd expect. This time, however, Robin has added piano, just a bit a strings and sound effects that nicely communicate the mood. Robin has no doubt been inspired by Ennio Morricone.
电影在此！
http://www.douban.com/subject/3024932/