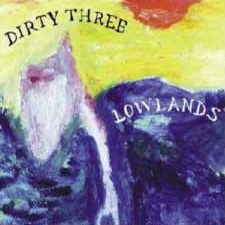 Lowlands is something of an anomalous treat from Dirty Three. The songs, which were recorded in three European capitols between 1998 and 1999, are a selection of outtakes from the Whatever You Love, You Are sessions in London, two songs produced for radio broadcast in Dublin, and a handful of tunes recorded in Paris. The collection was originally sold only as a tour souvenir, but (at press time) was still available for purchase through the band's official website. And fans of the band are advised to seek the disc out — for all practical purposes, it's a continuance of their trend toward outsider folk ambience and houses some remarkable songs that otherwise would never have seen the light of day. The band does mix it up a bit here and there, twisting their accustomed formula by supplanting Warren Ellis' violin with melodica, to great effect, on the standout "Three Mile Creek," and revving up the end of the disc with the tumultuous "Time After" and live track "Irish Red," all three of which sport some of the trio's most memorable melodies. Lowlands' relatively low profile may not make it the ideal introduction to Dirty Three's shambolic, celestial music. But, as rough-and-tumble odds-and-ends discs go, it works beautifully as a snapshot of the versatile group's evocative spontaneity.
by Bryan Carroll From AMG