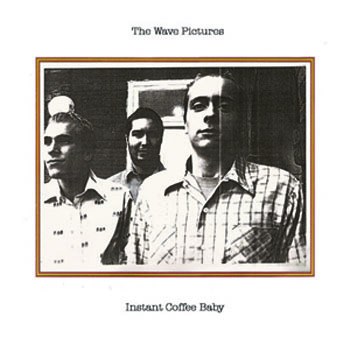 2008 release from the critically-adored British trio. The Wave Pictures are Dave Tattersall, Franic Rozycki and Jonny ''Huddersfield'' Helm. For a few years Dave, Franic and Jonny lived apart, meeting up sporadically to play music. They kept on writing songs and recording, and they played shows across the UK and in France and New York. During this time highlights included playing at the Mofo Festival in Paris at the invitation of friends Herman Dune, and playing shows with The Jeffrey Lewis Band. Dave also sang The Wave Pictures song "Dust Off Your Heart" with Herman Dune on a radio session for the late great John Peel. The Wave Pictures also served as backing band and co-songwriters for John Darnielle of The Mountain Goats. Features the singles 'Just Like A Drummer' and 'I Love You Like A Madman'. V2.

01.Leave The Scene Behind
02.I Love You Like A Madman
03.We Come Alive
04.Kiss Me
05.Instant Coffee Baby
06.Avocado Baby
07.Friday Night In Loughborough
08.Red Wine Teeth
09.Strange Fruit For David
10.Just Like A Drummer
11.I Remembered
12.January And December
13.Cassius Clay 展开