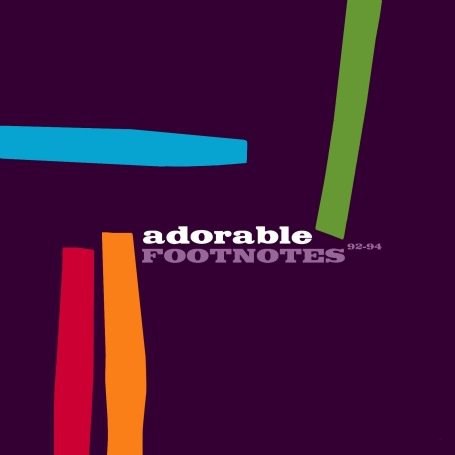 2008 compilation of songs from former Creation Records Britpop act Adorable. Contains tracks lifted from both their albums on Creation released in the early '90s, along with non-album singles and hard-to-find B-sides. Also included is a new edit of 'Glorious' from the debut Against Perfection, which is exclusive to this release. All tracks included have been deleted and unavailable for several years. Includes a 20-page booklet with new extensive liner notes from all four band members - especially written for this release - along with photos, classic sleeve images and items from their personal archives. Cherry Red.