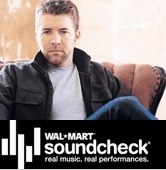 b. 20 November 1977, Hannah, South Carolina, USA. Traditional country singer Josh Turner crossed over to the mainstream in 2003 with his debut, Long Black Train. His appreciation of music blossomed at an early age, as he would attempt to replicate the baritone vocals he had heard as part of male church choirs while still a youngster. Upon hearing country hitmaker Randy Travis, Turner found a musical idol to emulate, even going as far as singing Travis' hit song "Diggin' Up Bones" at a local benefit show. Turner relocated to the US country music capitol, Nashville, Tennessee, and landed a spot at the venerable Grand Ole Opry, making his debut on the night of 21 December 2001. After receiving two standing ovations, word about Turner's talent soon spread to MCA Records, who signed him to a recording contract in January 2002. With producer Frank Rogers (who has worked with Brad Paisley and Darryl Worley, among others) overseeing the sessions, Long Black Train was released in October 2003. The album's powerful gospel-tinged title track was issued as the first single. The album proved to be a stayer and was certified platinum the following year.
Turner's growing reputation was confirmed at the start of 2006 when his second album, Your Man, debuted at number 2 on the Billboard 200. The title track also provided the singer with his first country Top 10 hit.