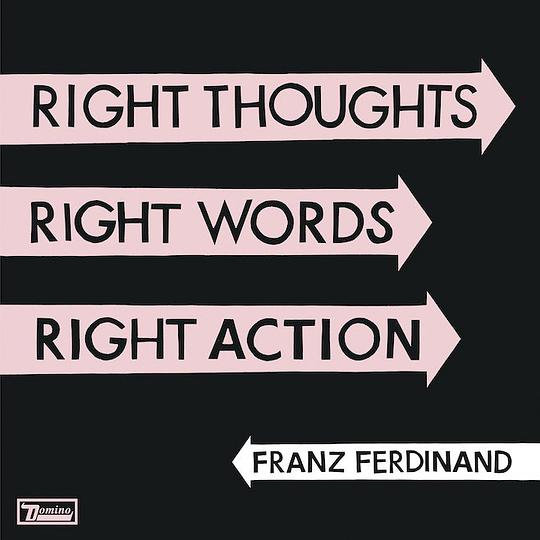 Four years following the release of their last album, Tonight (and its dub companion, Blood), Scottish indie stars Franz Ferdinand have returned with new album Right Thoughts, Right Words, Right Action, out on Domino on August 27 in the U.S. and August 26 in the UK
A limited "Passport Edition" of the album will come with the album on double vinyl in a hand-numbered sleeve as well as the album on CD, a bonus 7" with two non-album tracks, a live studio recording called Right Notes, Right Words, Wrong Order, a bonus 12", four postcards (each from one member of the band), and more.
Watch a trailer for the LP after the tracklist-- featuring what sounds like a bit of the opening track-- plus recent live video of album track "Evil Eye".
http://pitchfork.com/news/50768-franz-ferdinand-announce-new-album-right-thoughts-right-words-right-action/