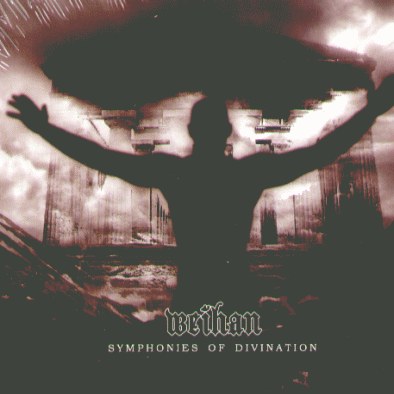 “Symphonies of Divination” is the sophomore album of this very promising project from the medieval lands bordering the cold North Sea, Flanders (North-Belgium).
Dramatically straying from the neo-folk path of their debut album “Galder”, “Symphonies of Divination” offers dark and bombastic compositions with clear references to Slavonic, German and Scandinavian classical music.
Heavy percussion, assiduous spiccato string sections, dramatic horn accents and haunting choirs form the backbone of this album.
The cold and eerie narrative vocals enhance the grim atmosphere of the music even further.
The lyrics, mainly in English but with hints of Dutch, Old-Norse and Swedish, are devoted to Indo-Germanic religion, myth and legend, the Nietzschean spirit and relentlessly attest to the grotesque decline of the modern world.