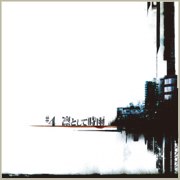 Rin Toshite Shigure* (凛として時雨) is a Japanese indie rock trio formed in 2000 at Saitama. The band's general sound could be described as fast-paced, innovative rock with rapid changes of tempo and mood. They utilize both male and female vocals ranging from soft singing to loud wails and screams.
Members
* Toru Kitajima, "TK" (北嶋徹) - Guitar, Vocals
* Miyoko Nakamura, "345" (中村美代子) - Bass, Vocals
* Masatoshi Nakano, "Pierre Nakano" (ピエール中野) - Drums
Formed 2002 in Saitama. The band released a lot of different demos during 2004 and also had their first nation-wide tour the same year. A year later they started up their own label, Nakano Records, and eventually released their long-awaited first album.
Pretty unique from other bands, the band held a special tour dedicated to the bassist 345's birthday in 2006, called the 3454123TOUR2006. They're currently expected to release their second full album 7/19 and promote it in a tour going through August to the end of September.
"Rin Toshite Shigure" is the Hepburn romanization of the bands name, "凛として時雨". However, the band seems to use "Ling Tosite Sigure". This way of writing can be seen on their website and other pictorial evidence.