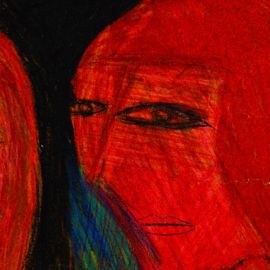 2xCD edition of 500 numbered copies in a full color book bound case. Available Nov. 13, 2007. It gets so lonely in the belly of a whale. But the acoustics are fantastic. The pitch and yaw of its cavernous gut lowing with a long, guttural song burst. This is met by a loud, wailing which drone swells up as millions of gallons pass through tons of ambergris. These massive internal sound collisions resonate into a monstrous feedback of even greater proportion than the beast itself. And Jonah smiles. This is the sound of LSD March. Be the body of Christ and let the whale take of YOU.
LSD March is a Japanese psychedelic rock group, based in the city of Himeji. It is led by singer and guitarist Shinsuke Michishita. The group is named after a track by krautrock group Guru Guru. Michishita has also played with Magura Mozart and Doodles.