A Long and Ugly Road 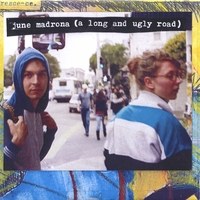 Recorded in a yurt next to chickens and a fountain. The song subjects vary from making out in the back of a car on the freeway, to drinking (just a little) too much, to feeling scared and hopeless after waking up to thunder rolling past you in the middle of the night. A broad range of emotions have been covered here, and they have all been written about quite eloquently. The simple stories within are the ones that, for many of us, often end up feeling the most important.

A Long and Ugly Road的曲目列表

Through the Dark Wood

A Long and Ugly Road的短评(2)