Right on Be Free 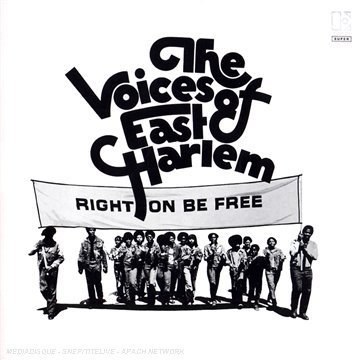 Digitally remastered and expanded reissue of the 1970 debut from the 20-member ensemble. Producers Leroy Hutson and Curtis Mayfield (both of the Impressions) worked with the group, whose ages ranged from 12 to 21. The Voices Of East Harlem were a community choir that grew from an inner city action project in 1969. Their music mixed devotional Gospel fervor with commercial R&B and Soul, and included lead vocalists Gerri Griffin and Monica Burress. Coming to the attention of Elektra boss Jac Holzman via their producer Jerry Brandt, they were signed in 1970 for their debut Right On Be Free, which showcased a diverse song selection from Buffalo Springfield’s "For What It's Worth, to Richie Haven's "Run Shaker Life", all performed in their distinctive high-energy style. WSM.

Right On Be Free