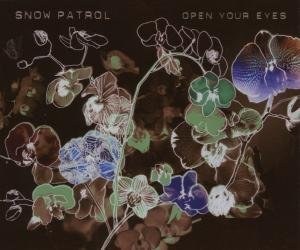 2007 enhanced CD single pulled from Snow Patrol's uber-successful Eyes Open album, a release that has shot them to the upper echelons of Rock royalty in the UK and Europe. Features two versions of 'Open Your Eyes' (Main Version and Enhanced Video) plus the non-album 'I Am An Astronaut'. Polydor.