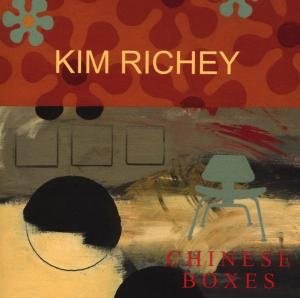 Newly signed to Vanguard Records, Kim Richey is set to release her first collection of new music in five years on July 10th. Chinese Boxes was produced by Giles Martin and recorded in London at Eastcote Studios and Air Studios Lyndhurst. Giles Martin's most recent project was The Beatles "Love" soundtrack, which he collaborated on with his father, Sir George Martin.

Chinese Boxes is a collection of 10 beautifully crafted soulful songs. The first single "Jack and Jill" (and lead track) gives the couple in the nursery rhyme a bit of a back-story - and the listener a hint of the discoveries to come. The title track tries to define a mysterious person before giving way to "Drift", a poignant love song (co-written with Mindy Smith). "The Absence of Your Company" showcases Richey's vocal vulnerability in a sparse instrumental setting while the cautionary "Another Day" highlights Kim's stunning sense of melody. The album-closing "Pretty Picture", is an intimate ballad that speaks honestly of true love.