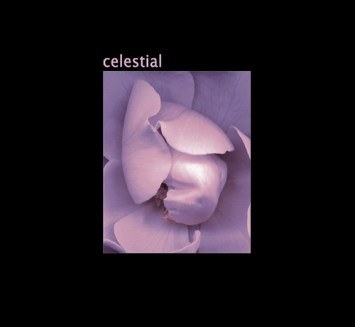 Hailing from Sweden - Celestial is one man, Andreas Hagman, and on his debut LP - 'Dream On' he's been helped by assorted friends. I believe he now has got a band together. Fingers crossed that this band makes it to London for a gig or three.
2007 is already shaping up to be a vintage year for shimmering guitar based indie pop. My head has been turned week after week by some new exciting sounds. On reciept of 'Dream On' consider my head well and truly spun around.
People who regularly read Lostmusic will know that a while back Lostmusic Recordings released a couple of 'home made' EPs for download only from Celestial. Many of these songs appear here. But they're not the same songs, really, these have been re-recorded and re-invigorated. The potential on those early download EPs has been harnassed and improved. There is a richness to the guitar sound, that was previously missing. The drums are sharper. The whole LP sounds more rounded. Finished. 'Nothing Happens; Twice' has been reborn - sounding less twee now - it's become a wonderfully pounding beast of an indiepop song.
For those not familiar with Celestial's sound - I'll start with the basics - Celestial make a sparkling guitar pop sound. It's roots are firmly planted in the early days of Creation records and Sarah Records. Back in the days when a 7" record was something to be cherished and pop music was a thing of beauty. Celestial understand the classic pop song. They also understand how a record should look. And more importantly sound. The guitars on 'Dream on' positively glisten. The songs themselves are instantly memorable. 'The Boy Who Never Says Goodbye' with it's 60s girl group drums and plaintive vocals is an early highlight. The whole LP has a soulful feel. The band it most reminds me of is probably The Loft. But that comparison doesn't fully capture the way playing 'Dream On' makes me feel. This record sounds wonderful. It really does. I am not talking about individual songs here - it's the overall feel of the recording.
People may be surprised to find a song called 'Pale Blue Eyes' on the LP. It's not a cover of the Velvets classic. This is beautiful little song with guest female vocals from Malin Dahlberg (from We are soldiers we have guns) - sounding a little like a heavenly mixture of Tracey-Anne Campbell (Camera Obscura) and Amy Linton (The Aislers Set). It's a another great song. This is an LP stuffed to the gills with great songs, great sounding songs. As I already mentioned, 2007, is proving to be a vintage year for records. You can add 'Dream On' by Celestial to the pile of really good records already released this year.
Dream On is released on Skipping Stones Records on 24 April. It is available to pre-order from 4th April.