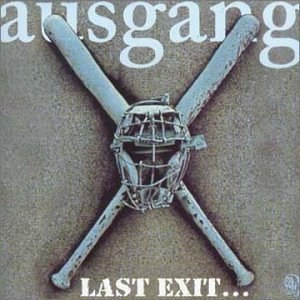 UK 'Best Of' for the highly original & pioneering British goth band who've inspired many of the current crop of punk/goth/metal bands including Marilyn Manson. This is the first time any of the tracks have appeared on CD & were compiled with the aid of lead vocalist Mark 'Max' Freeth. Highlights include the band's pre-Ausgang single 'I Am A Horse'/'My Hair', that was under the name Kabuki, along with all the key songs from their five year lifespan (1982-1987) including 'Weight', 'Vice Like A Grip', 'Hunt Ya Down', 'She Lacks Discipline', 'King-Hell' & the band's last A-side 'Turn-On Tonic'. 2001 release.

I Am a Horse