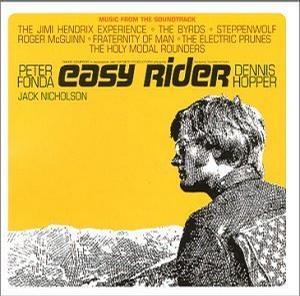 Unavailable on CD in the U.S., this is the soundtrack to Dennis Hopper's 1969 film about drifters Hopper and Peter Fonda motorcycling across America. This is a reissue on MCA of the original soundtrack, but with different cover art. 10 tracks, including classics from Steppenwolf, the Byrds, Jimi Hendrix, Roger McGuinn, the Electric Prunes and more! Both the original 1969 soundtrack & this 1976 reissue are MCA releases.