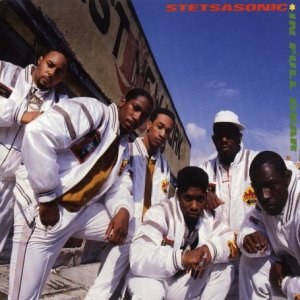 Music and lyrics
In Full Gear is a double album that draws on various influences in its hip hop style, including R&B, jazz, dancehall reggae, and rock influences. It also incorporates beat-boxing, sampling technology, and live band performance.
"Freedom or Death" and "Talkin' All That Jazz" discuss credos of revolution and sampling, respectively.On "Float On", a remake of The Floaters' 1977 song of the same name, rapper Wise envisions "a woman with a realistic imagination, a woman who thinks for herself, whose thoughts are bold and free"
Critical reception
In a contemporary review for The Village Voice, music critic Robert Christgau found the "well-meaning" band merely competent on the album's first half, which had a musically aimless "A.F.R.I.C.A." and a remake of "Float On" that was "even ickier than the original." He was more enthusiastic about its second half and wrote that it succeeds on "a camaraderie that reaches deeper than the usual homeboy bonding."
In his own list for the Pazz & Jop critics poll, Christgau named "Talkin' All That Jazz" the seventeenth best single of 1988.