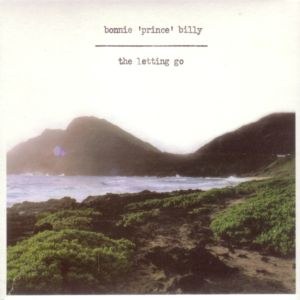 Limited Edition two CD set by Bonnie Prince Billy (AKA Will Oldham) featuring the 2006 album The Letting Go plus a bonus disc, Little Lost Songs, which features an additional 13 unreleased or rare tracks! The Letting Go is an overwhelming undertaking. There are strings-lovely charts that do so much more than just trace chord changes up and down the neck. Arrangements by Ryder McNair and Nico Muhly are threaded throughout the record, augmenting a simple quintet of players to provide a sixth sense. The deceptive nature of his band is on display from the top. `Filthy' Jim White is known far and wide for his resource behind the drum kit and he proves it song after song, with sensitivity that provokes dynamic variety from skins, an acoustic depth to the room. Paul Oldham's bass is a feeling accompaniment to Bonny's guitar, played with brotherly clairvoyance and constancy. Young Emmett Kelly's clean electric guitar lines roam within the web and suddenly shine, are blues and folk and R&B in shifting turn, guilelessly tactic and soulfully expressive. And up front with Bonny is the bewitching Dawn McCarthy of Faun Fables. Her vocal flights on those records can hardly prepare one for the intimacy and empathy of her harmonies and other voices on The Letting Go. Domino.