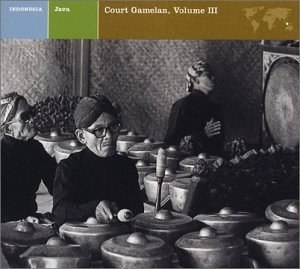 The music of the gamelans from the four courts of Central Java represents one of the great classical traditions of Asia. This recording presents the music of the Kraton Ngayogyakarta Hadiningrat, commonly known as the Kraton Yogyakarta, where the Yogyanese style is preserved in its most traditional form. The divisive policy of Dutch colonialism had the unforeseen effect of fostering the performing arts in the protected atmosphere of the courts. The new Yogyanese court strove to produce styles of music, dance, and shadow play that were distinctive from the Surakarta, while not diverging radically from the shared tradition.

Recorded in the Kraton Yogyakarta by Robert E. Brown. Originally released in 1979.