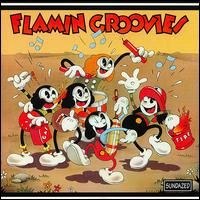 Supersnazz is The Flamin' Groovies' first studio album, released in 1969 on the Epic label. It was their only album for a major company. Its commercial failure put an end to the group's major-company record career. The record was later released on the compact disc format in 2000 on Sundazed Records with several bonus tracks.