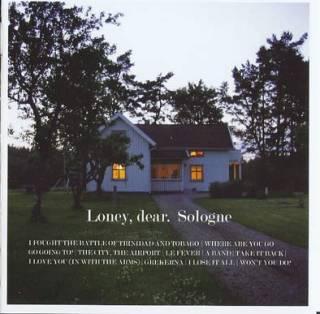 LONEY, DEAR is a one man band with nine members, and the alter ego of multi-instrumentalist and DIY expert Emil Svanängen. In his tiny, sweltering Stockholm studio apartment, or in the cool basement of his parents house is where all the magic happens. The outside world has no idea of what's going on. Creativity explodes, an old clock walks tick-tack-tock onwards to the Loney, Dear prophesy. Two records a year is his M.O., and by new years eve of 2009, all is said to come to an end. Everything is recorded in a very modest home studio setup, using a mini disc mic and a set of headphones to avoid disturbing his neighbors. When Emil recently moved and had to get rid of his floor lamp, he finally bought his first mic stand. 10 tracks. Dear John. 2006