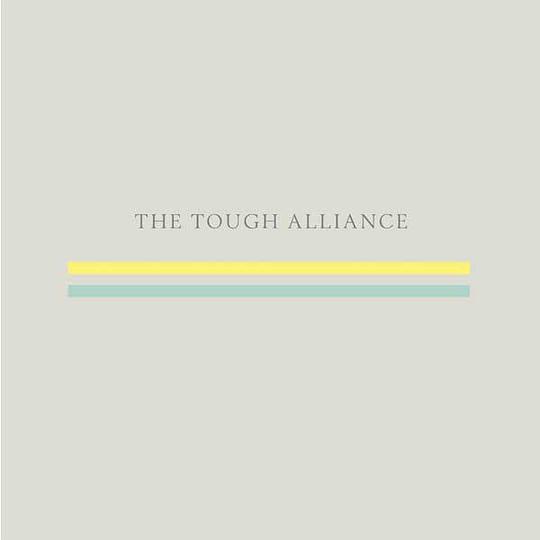 The Tough Alliance's first album, following a pair of promising EPs, is a pure joy; a decidedly summery, nearly perfect pop album. It doesn't sound overly much like anything else of its time, or any other time for that matter, partly thanks to the duo's oddly unrefined, amateurish (but enthusiastic!) singing style, although its DayGlo sheen and abundance of synthesizers hearkens knowingly to the '80s, the first golden age of electronic dance-pop. (In many ways the goofily charismatic duo uncannily resemble a two-decades-younger version of Wham!, with their equatorial overtones and hedonistic irreverence recalling, in particular, the satirical "Club Tropicana.") Theoretically, there's some sort of high-minded aesthetic and political concept behind the Tough Alliance's work -- it's gestured at in the dramatically worded pronouncements on their website and sometimes vaguely confrontational interviews, and alluded to here in a spoken word sample of Situationist thinker Guy DeBord -- but it's hard to discern, or at least care much about, when they're making music this blissfully melodic and carefree; when, for instance, that DeBord snippet gives way to one of the most arrestingly funky basslines in recent memory, deliriously overlapping vocals, and lyrics like "we've got Coca-Cola veins/we don't use our brains/blah blah blah blah" (and, well, "we've got our own jihad" -- but sung over such irresistible ping-pong synths.) Without ever sounding superficial or cloyingly simplistic -- indeed, many of these arrangements are quite involved, with multi-layered synth parts and vocal lines -- TA nevertheless come off as boundlessly chipper and insouciant, with nine nonstop tracks (plus a catchy name-spelling intro that's reprised as a hidden track) of infectious major-key melodies and often subtle, highly danceable grooves. It's unabashedly pop, but it's more concerned with being populist than popular -- despite the heavy machine presence (it was produced by minimal electronica artist Andreas Tilliander), this is undeniably music made by, and for, immaculately imperfect human beings -- and despite the frequent lyrical ambiguity, there's an unambiguous and vital positivity running through its grooves, making The New School a celebration of humanity and life that's about as powerful a political and aesthetic statement as you could hope for.
allmusic.com