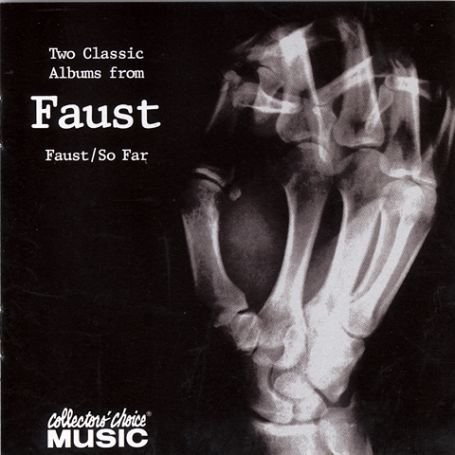 Julian Cope wrote, 'There is no group more mythical than Faust'. Both these albums have been very difficult to find for years. Now their first two CD's available on one CD. Their debut 'Faust' was truly a revolutionary step forward in the progress of 'rock music'. Originally released in 1971, it was pressed on clear vinyl, packaged in a clear sleeve, with a clear plastic lyric insert. The black X-ray of a fist on the cover graphically illustrates the hard core music contained in the grooves, electronics, rock tape edits, acoustic guitars, musique concrete and industrial angst. The second from 1972 moves closer to actual song structure, but still remains experimental. Standard jewel case. 2000 release.