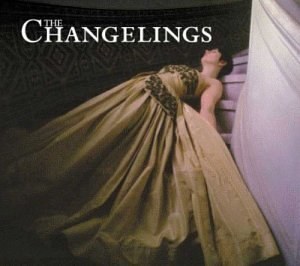 Middle Pillar Presents the re-issue of the long out of print, but highly sought after self-titled, debut album from The Changelings. Originally issued by the band themselves in 1996, and then for a short time by World Serpent Distribution, this is a spectacular ethereal album of dark beauty.

Middle Pillar is very happy to make this album available again, digitally re-mastered and featuring brand new digipak artwork and printed lyrics. The Changelings contains the classics "Earthquake at Versailles" and "11:59 PM October 30" (the Halloween song!) and a beautiful cover of the Velvet Underground's "Sunday Morning".

The album features lush orchestrations, multi-layered gorgeous female vocals, violin and exotic Middle Eastern / Neo-Classical melodies rhythms that fans have come to expect but when originally released was an epiphany to the dark music scene. Uncategorized at the time, it became an instant ethereal masterpiece. This was the release that prompted Middle Pillar to call them the best new band of in 1996, and certainly the Changelings are still at the forefront ethereal music today.