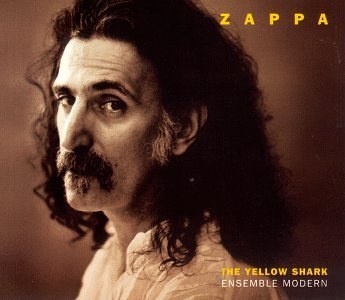 The 26-member Ensemble Modern performs FZ's 'most-humanly-impossible-to-play' compositions. Piano duets, string quintets & small ballets. Simply exquisite, with a 60-page booklet to explain it all. Originally released in 1993, it stayed on the classical chart for most of `94. Includes the tracks 'Outrage At Valdez,' 'None Of The Above,' & 'Welcome To The United States', plus arrangements of some of the most fiendishly difficult pieces from FZ's back catalogue & even a 'greatest hit' or two (some would pick this as the definitive version of 'Dog Breath Variations'). Sadly, this was the last album released by FZ during his lifetime. The didipak and the booklet are housed in a slipcase. Rykodisc.