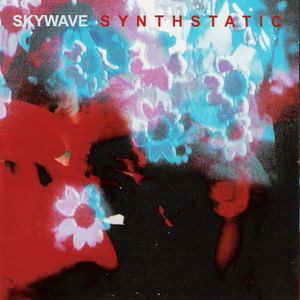 Duly impressive is the shear magnitude of Skywave's sound. At live shows, the band is known for soundchecking at half-volume, then cranking it all the way up at curtain time for an unsuspecting soundman. Bassist Oliver Ackerman designs his own effects pedals, including the Supersonic Fuzz Gun and a series called Total Sonic Annihilations, which Skywave employ to help achieve their massive sound. His clientele includes Keith Fullerton Whitman, who used FX-pedal-augmented, laptop-produced guitar tones to construct 2002's beautiful Playthroughs. Synthstatic is similarly experimental in its delicate treatment of extreme noise, and its oscillating high-volume dynamics more than live up to the band's promising URL. The record even sounds potent on laptop speakers.
If only for its formalism is it impossible to call Synthstatic a great album. Bands following similar formulas in different genres might be pilloried, and Skywave will doubtless endure their own share of derision. But some forms of rock, given an occasional tightening of the bolts, never seem to grow stale. Had it been released 15 years ago, a work of this songwriting caliber would likely have been wildly acclaimed. As it is, Synthstatic lacks any shred of originality, but is probably the best of all possible end-results from a monument built completely out of scrap material, a shoegazing "Junkyard Workshop" that, like any successful tribute, enforces the significance of its forebears while managing to hold its own ground.
http://pitchfork.com/reviews/albums/7748-synthstatic/