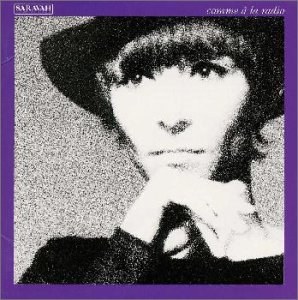 Of all the strange records this French vanguard pop chanteuse ever recorded, this 1971 collaboration between the teams of Brigitte Fontaine and her songwriting partner Areski and the Art Ensemble of Chicago -- who were beginning to think about returning to the United States after a two-year stay -- is the strangest and easily most satisfying. While Fontaine's records could be beguiling with their innovation, they occasionally faltered by erring on the side of gimmickry and cuteness. Here, the Art Ensemble provide the perfect mysterious and ethereal backdrop for her vocal explorations. Featuring the entire Art Ensemble of that time period and including fellow Chicago AACM member Leo Smith on second trumpet, Fontaine and Areski stretched the very notion of what pop had been and could be. With strangely charted arrangements and mixing (percussion was in the foreground and horns were muted in the background, squeezed until they sounded like snake-charming flutes), the ten tracks here defy any and all conventions and result in the most provocative popular recording of 1971 -- and that's saying something. For their part, the Art Ensemble hadn't played music this straight since before leaving Chicago, with long, drooping ballad lines contrasted with sharp Eastern figures and North African rhythmic figures built in. The finest example of how well this works, and how seductively weird it all is, is on the two-part "Tanka." Here, Malachi Favors' bass and Areski's percussion meet everything from bouzoukis to clarinets to muted trumpets to sopranino saxophones, courtesy of Joseph Jarman, Roscoe Mitchell, Smith, and Lester Bowie, who play in tandem, using striated harmonies and modal intervals in order to stretch the notion of time and space under Fontaine's vocals. The effect is eerie, chilling, and hauntingly beguiling, and sets the tone for an entire album that runs all over the stylistic map while not adhering to anything but its own strange muse. This is remarkable stuff from a very adventurous time when virtually anything was possible.