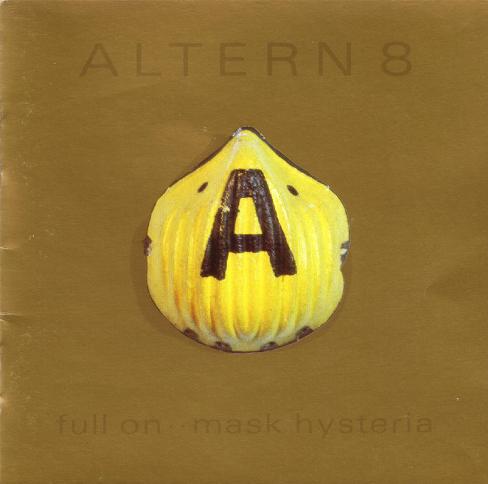 Altern-8 was a verging-on-the-cartoonish rave outfit that pushed their singles into the British charts with promotional theatrics borrowed from the KLF and attention-getting chemical-warfare uniforms from head to toe. Originally formed by Mark Archer and Chris Peat as a side-gig from their Nexus 21 project, Altern-8 debuted with two EPs, 1990's Overload and the following year's Evapor 8. The singles "Activ 8 （Come with Me）" and "Evapor 8" both nicked the rave-hungry Top Ten during late 1991 and early 1992, thanks in part to a variety of group-sponsored, press-publicized half-truths — the duo's reliance on drug-enhancing chemicals like Vicks Vapo-Rub, their nasty habit of spiking audience-distributed pastries with Ecstasy, even their candidacy in the General Elections. The mini-LP Full On - Mask Hysteria followed later in 1992, and Altern-8 even managed a brief American contract （two EPs on Capitol, Infiltr-8 America and Brutal-8-E） before breaking up in 1993. Archer later produced as Slo-Moshun with Danny Taurus.