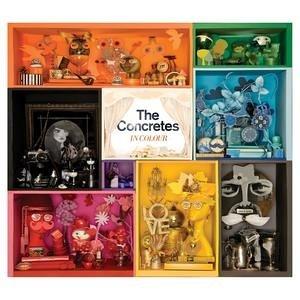 Import only LP pressing. The Concretes In Colour is the follow-up to their critically acclaimed self titled debut. The album was recorded in Stockholm and mixed in Nebraska with producer Mike Mogis (Conor Oberst's longtime co-conspirator, live musical director and producer for Bright Eyes, Jenny Lewis & Rilo Kiley, The Faint and more). The album is very much a step on from the last one in terms of song writing and marks a change in the band's sound too. For the first time there are lead vocals from Maria on 'Grey Days' and Lisa on a duet with Romeo from The Magic Numbers on 'Your Call'. EMI. 2006.