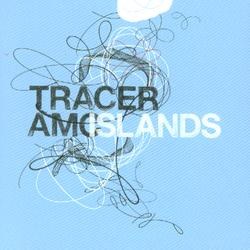 Make no mistake, these aren't easy songs. You won't find a short and sweet chunk of rugged no-questions-asked math rock anywhere on Islands. But what the album loses out on in terms of pop sensibilities it gains ten times over from the brilliantly delivered lush complexity. When opener Paper Machete starts throwing its weight around a mere minute and a half in, a journey through a haunting and capricious terrain ensues. But rather than being swallowed up and lost at sea by the ambition that drenches Tracer AMC's song structures, Jonny Ashe and Michael Kinloch grapple deftly with the underlying premises, and they deal effortlessly with the challenges posed by the melodic lament of Concorde, the understated brooding of Song for V or the whispered Willow Drive Hoboken which is gently nudged into place. The energy harnessed behind Indiscopia almost makes you want to get up and dance, which is more than a little surprising for such chin-stroking instrumentalists like Tracer AMC. Islands is every bit as good as their excellent debut Flux and Form, and then some. A lot of people don't like post rock, in which case Islands probably won't be the album that will convert them. It's a much too subtle, complex and brilliant record to attract the casual listener. For the instrumental guitar freaks among us though, Islands is probably the must-have record of the year. We Love RC. 2005.