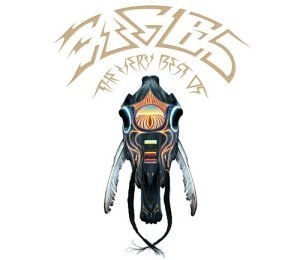 The Very Best Of (released as The Complete Greatest Hits in the UK, Australia, and New Zealand) is a two-disc compilation album by the Eagles, released in 2003.[3] This album combines all tracks that appeared on the two previously released Eagles greatest hits albums (Their Greatest Hits (1971-1975) & Eagles Greatest Hits, Vol. 2), along with other singles not included on the first two compilations, album tracks and the new track "Hole in the World".
The Very Best Of was also released as a limited-edition three-disc set with the third disc being a bonus DVD containing the video for the new song "Hole in the World," as well as a making of the video featurette and "Backstage Pass to Farewell 1."