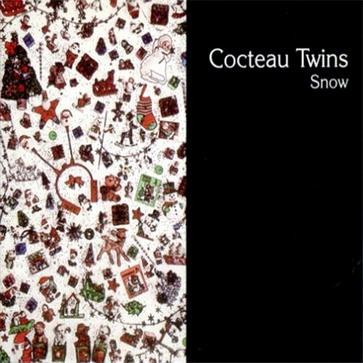 This limited edition two-track single, containing a pair of Christmas-themed covers, had a slightly curious origin. The first track, "Frosty the Snowman," was recorded a full year earlier for an issue of a British CD magazine, Volume, as both an acknowledgement that the band was still around and to celebrate the issue's end of year release. Guthrie didn't want a religiously-themed song to reinterpret, that not being his bag in general, thus the choice of a more secular tune. When Snow surfaced in its own right, the group added another non-religious themed standard, "Winter Wonderland," to round things out. Both versions are perfectly enjoyable takes; the Cocteaus lean more towards their sweetly blissful than their powerfully dramatic side for the takes, a choice which suits the bouncy feeling of both songs perfectly. "Frosty" gets the slightly slower take, Fraser's voice happily playing around with the fun lyrics as Guthrie and Raymonde create a fine overall arrangement Cocteaus style. "Winter Wonderland" gets a perkier pace but still has a relaxed, contented glow, Fraser using her higher register to flesh things out. Both tracks have turned up on more widely available Christmas-themed various artist compilations since.